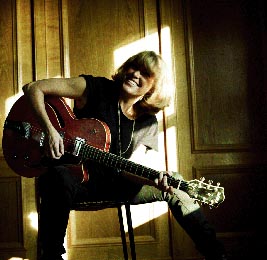 Gigs coming up this month… inc: Mumford & Sons, Cerys by Candlelight, The Black Keys, The Hives….

SCROOBIUS PIP
7 December
HMV Institute, Digbeth
hmvinstitute.com
Better known for being the beardy one that goes with brother-in-arms Dan le Sac, Pip is now one of the leading figures of the UK spoken word scene. Head to the HMV Institute Library (who knew they had one of those?) for some angry truth delivered with machine-like speed and precision.

MUMFORD & SONS, DAWES
7 December
LG Arena
www.lgarena.co.uk
Fresh from impressing themselves upon the US, Mumford and his offspring are back in the homeland to promote their chart-topping second studio album ‘Babel’. The band are well-known for their bouncing live shows. If you go down to the LG today you can expect banjos, tweed waistcoats and handlebar moustaches. Support comes from the shambling, romanticised Americana four-piece Dawes (pictured) who’ll be bringing a hint of California sunshine to the cold streets of Birmingham.

CERYS BY CANDLELIGHT
9 December
Glee Club, Hurst Street
www.glee.co.uk
She of Catatonia (pictured above) fame goes all Radio 2 with a night of poetry, music and chat. You will know some of the songs, and for all the others there’s a handy sheet with the words. There will be candles, there will be sing-alongs, there will be ‘winter warmers’, you’ll have to cross your fingers for mulled wine.

THE BLACK KEYS, THE MACCABEES
9 December
The NIA
www.thenia.co.uk
I’m going to start a rumour right here that Quentin Tarantino is scoring his next film entirely with Black Keys songs. Get behind me here, if we can get enough momentum it might become a self-fulfilling prophecy. They are on tour for their seventh studio album in just over ten years; ‘El Camino’.  By anyone’s standards, that’s a good effort.

THE HIVES, THE MINUTES
11 December
O2 Academy 2, Horsefair
www.o2academybirmingham.co.uk
While they can’t claim to be your new favourite band any more, The Hives are hitting as hard as ever, and are dressed just as sharply. The Swedish rockers are back in the UK to promote Lex Hives. Support comes from Irish three-piece The Minutes – a band that are all distortion and razor edges.

MADNESS
13 December
LG Arena
www.lgarena.co.uk
It’ll be interesting to know how this one goes down. Madness are still a massive live band, as they proved during the Olympics opening ceremony. That said, the LG arena is a cavernous venue, and it will take a lot to keep the atmosphere right. I’ve got a good feeling about this particular gig though.

Ellie Goulding
16 December
O2 Academy 2
www.o2academybirmingham.co.uk
The much vaunted singer songwriter has slowly built up a massive following in the last couple of years. Now she’s bringing them to Birmingham. The twenty five year old has been experimenting with layering vocal samples, and you can expect the resulting live show to be pretty stunning.

TIM BURGESS
16 December
Glee Club, Hurst Street
www.glee.co.uk
Back from writing and recording his latest album in Nashville, Tennessee, Charlatans frontman Tim Burgess is ready to get things cracking. His backing band even includes Charlatans guitarist Mark Collins. Expect his usual quality guitar pop, but with a US edge. Check out the feature in last month’s Area Culture Guide for more info.

STEREOPHONICS, GAZ COOMBES
19 December
O2 Academy 2
www.o2academybirmingham.co.uk
The Welsh Rod Steward wannabes are back. New single ‘In A Moment’ has got a darker vibe than some of their previous material, and it seems to be working. They’ve also brought friends in the shape of Supergrass front-man Gaz Coombes. Expect to hear a lot of his new material.