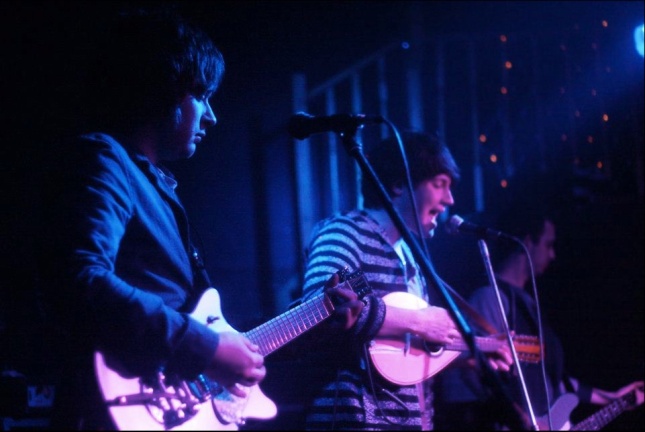 Following on from last summer’s One Beat Sunday event, mac birmingham is proud to present Midnight Bonfires & Friends – a special night of new music from across Birmingham.

“Midnight Bonfires are a young eclectic four-piece from Birmingham, and one of the hottest new bands in the city. With influences as diverse as Bob Dylan and Daft Punk, their unique sound is attracting a strong following and has been captured on their debut EP, recently released to positive reviews.

Supporting Midnight Bonfires will be Symfonyah, also a four-piece, who blend rock and soul influences to produce catchy hooks and toe-tapping tunes, along with Deceptions Pocket, a six-strong indie rock band whose songs range from dark psychedelia to upbeat melodic pop.

Joining these bands on the night will be young local singer/songwriter Tom Forbes, who was selected to complete the line up following an open call from mac birmingham for brand new talent. Tom uses loop pedals to create layers of music using different elements such as guitar, bongos and beatboxing and has been well received at venues across Birmingham including O2 Academy 3 and The Ballroom.”

Tickets for Midnight Bonfires & Friends are just £4 in advance, or £5 on the door and can be purchased through www.macarts.co.uk, or by calling Sales & Information on 0121 446 3232.