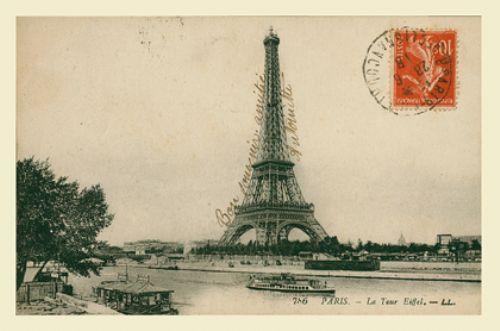 Inspired by Walter Benjamin’s Archive, Charlie Levine, TROVE’s Director, has created Paris Correspondance School. Thinking about how to document her time in Paris in summer 2010 she decided to follow Benjamin and send postcards home rather than keep a diary. But as the idea developed she instead commissioned artists to design the cards, all of which were then printed and distributed to the artists involved, with the intention of setting up a postcard exchange programme.

The project takes its name from Ray Johnson – pioneer of postal art – and his New York Correspondance (sic) School. In the 1950s Johnson began to use the idea of postal art, continuing until his death in 1995, and now the artists of Paris Correspondance School have moved the practice on into a new generation.

When Levine got back from Paris in September, the artists forwarded their collections of postcards to her, and so the cards on display at TROVE have been around the world before making it back to the UK.