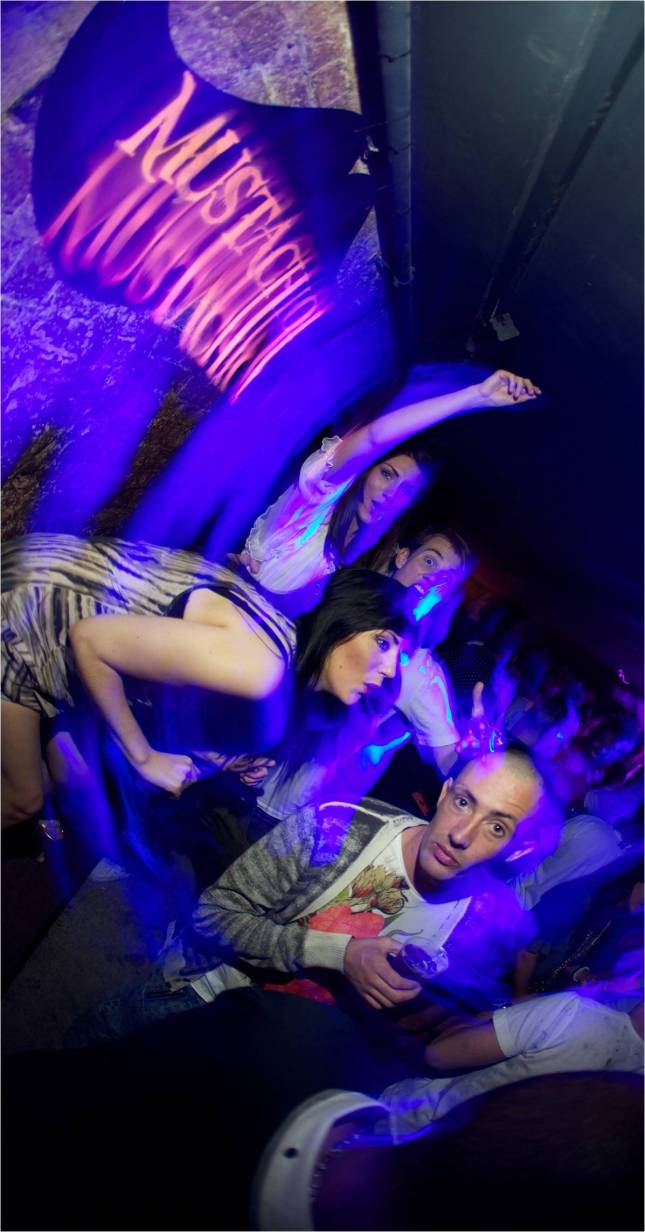 A little over a year ago, the Rainbow – one of the finest music venues in Birmingham – was facing closure, and had been rallying support from music loving friends across the city that eventually reached the echelons of Birmingham City Council and even Westminster. After extensive renovation, a roof was built and a new era of underground clubbing magic dawned with the launch of Cellar Door, its new venue.  The new intimate space has been the talk of the city since it’s opening night and Saturday 24th July saw the collaboration of Face meets Mustachio.

When I arrived I met Scott Bleepz, promoter and DJ who over the last few years has been at the forefront of underground music in Birmingham. Scott is a man constantly on the move, sorting out artists, booking venues, musicians, DJs and photographers but he still manages to carry an edge of calm about himself. Currently performing a progressive mix of Tech House, Acid Blips & Disco Cliks, Scott has warmed up for many of the world’s biggest DJs including Erol Alkan, Switch, Rob Da Bank and DJ Yoda.

Tonight it’s Mustachio, a fun take on the usual FACE Saturday nights where everyone is given a “mustachio” on arrival. “It’s just something a bit fun and a bit different” says Scott who’s always looking to get a crowd on the dance floor. His boundless energy illustrates his passion for putting on live events and the Cellar Door is the perfect home for it too.  It’s Birmingham’s take on the basement club scene which has lined the backstreets of Europe for decades. Scott knows only too well what this means for the city. “Birmingham has always been known for great performers and venues, from the Academy to the NEC and the NIA, now it’s the smaller venues that are showcasing the most talented DJs in the world.”

The venue has a truly sleek and ambient interior – a welcome contrast to the Courtyard upstairs. Within half an hour of the event, the sound system had warmed up and I could see why party goers and the Rainbow team had been describing it “as hot as Hades”. 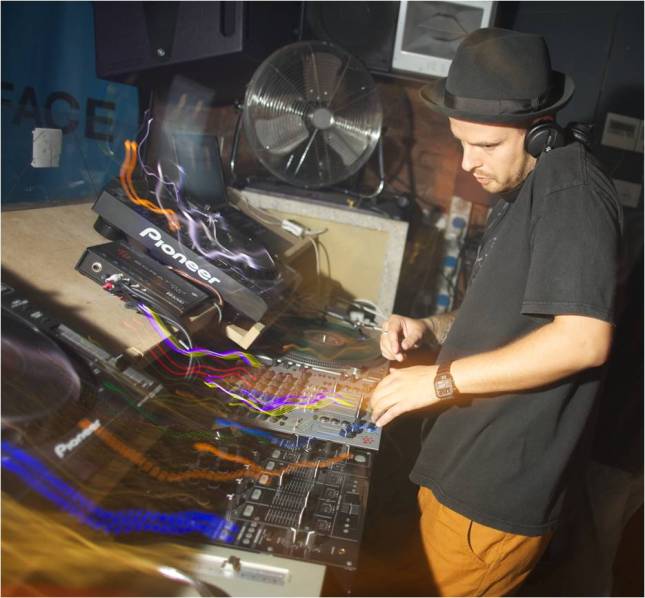 DJ Dylan Hermelijn aka 2000 And One was the star guest of the night, dispensing sounds that took shape at an invigorating intersection between Detroit-inspired techno and the subtle stripped-down side of house. Also featuring on the night was Below resident and promoter Adam Shelton.